USD $12259 starting price
This epic voyage explores the great continent of Antarctica, stunning South Georgia, and the isolated Falkland Islands. We look forward to taking you on the expedition of a lifetime to experience the power of nature’s silence in the surreal and haunting beauty of the one of the most remote places on Earth. 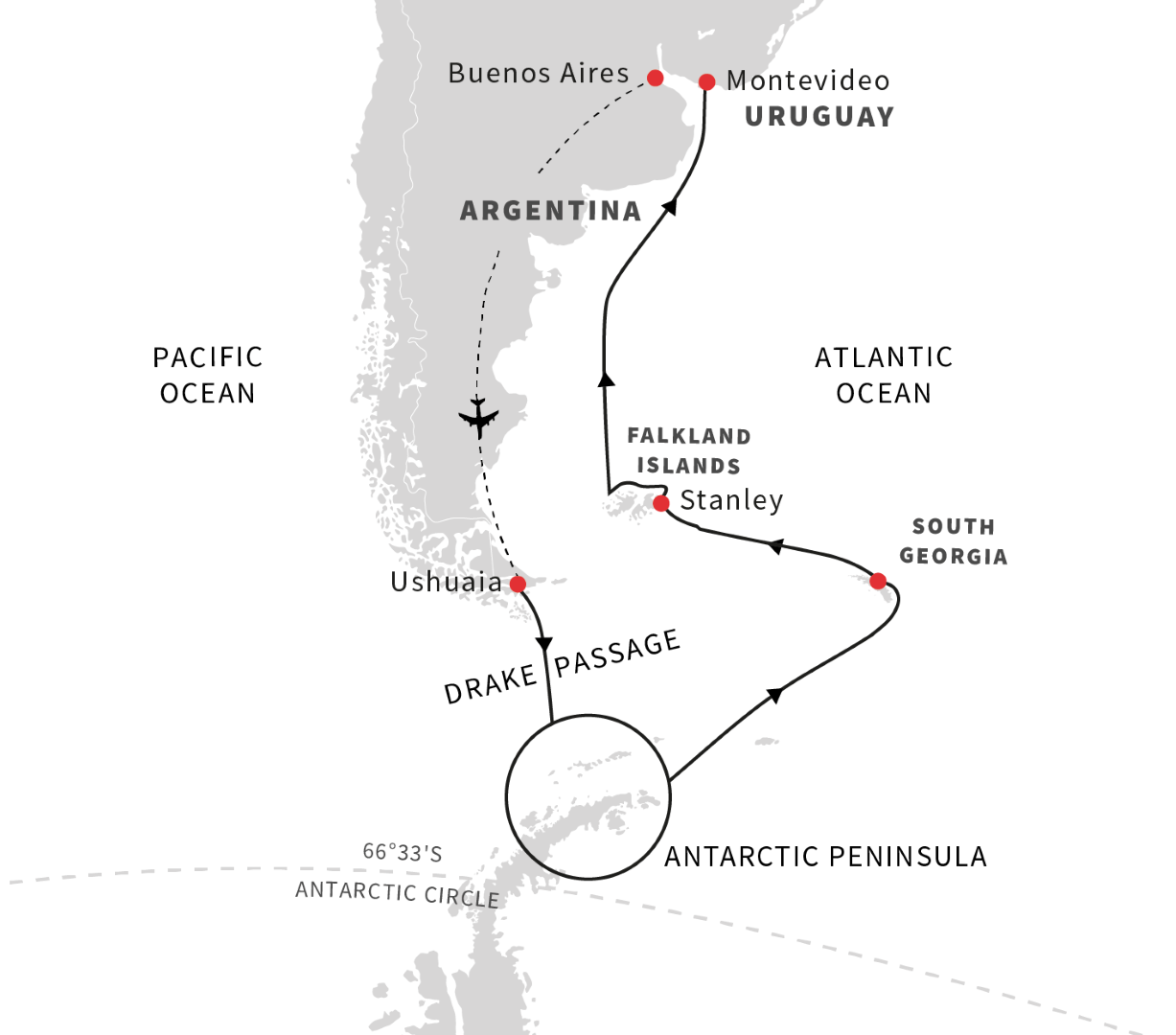 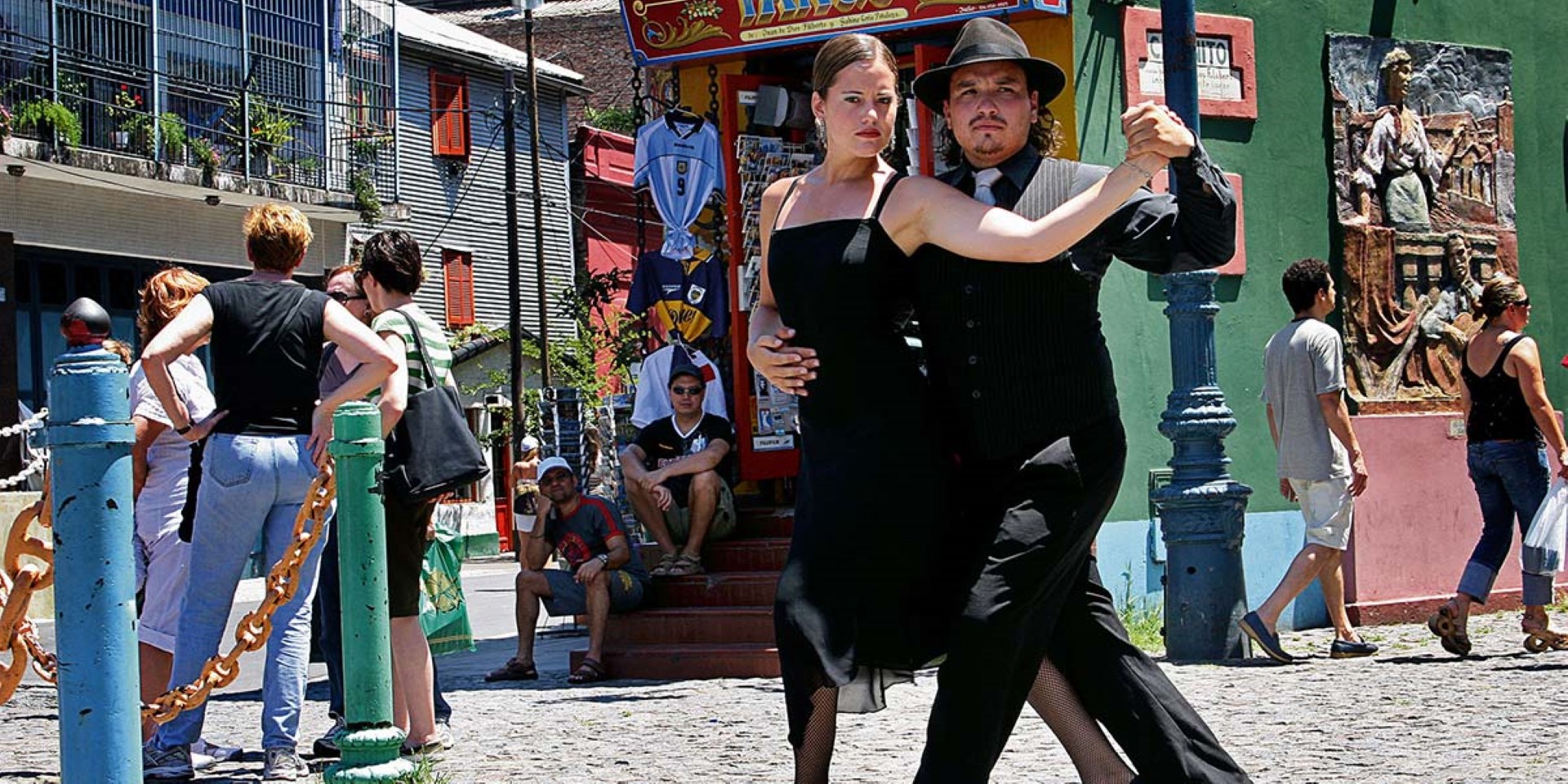 Explore the `Birthplace of Tango´

Your expedition starts with an overnight stay in Buenos Aires, the bustling capital of Argentina. We offer an optional city tour in the afternoon. Spend the evening at your leisure and discover the “Paris of South America” for yourself.

The following day, you fly to Ushuaia. The flight leaves Buenos Aires early in the morning, allowing you a few hours to explore Ushuaia or to join an optional excursion to Tierra del Fuego National Park, before embarking MS Fram. In the evening, we will sail through the scenic Beagle Channel. 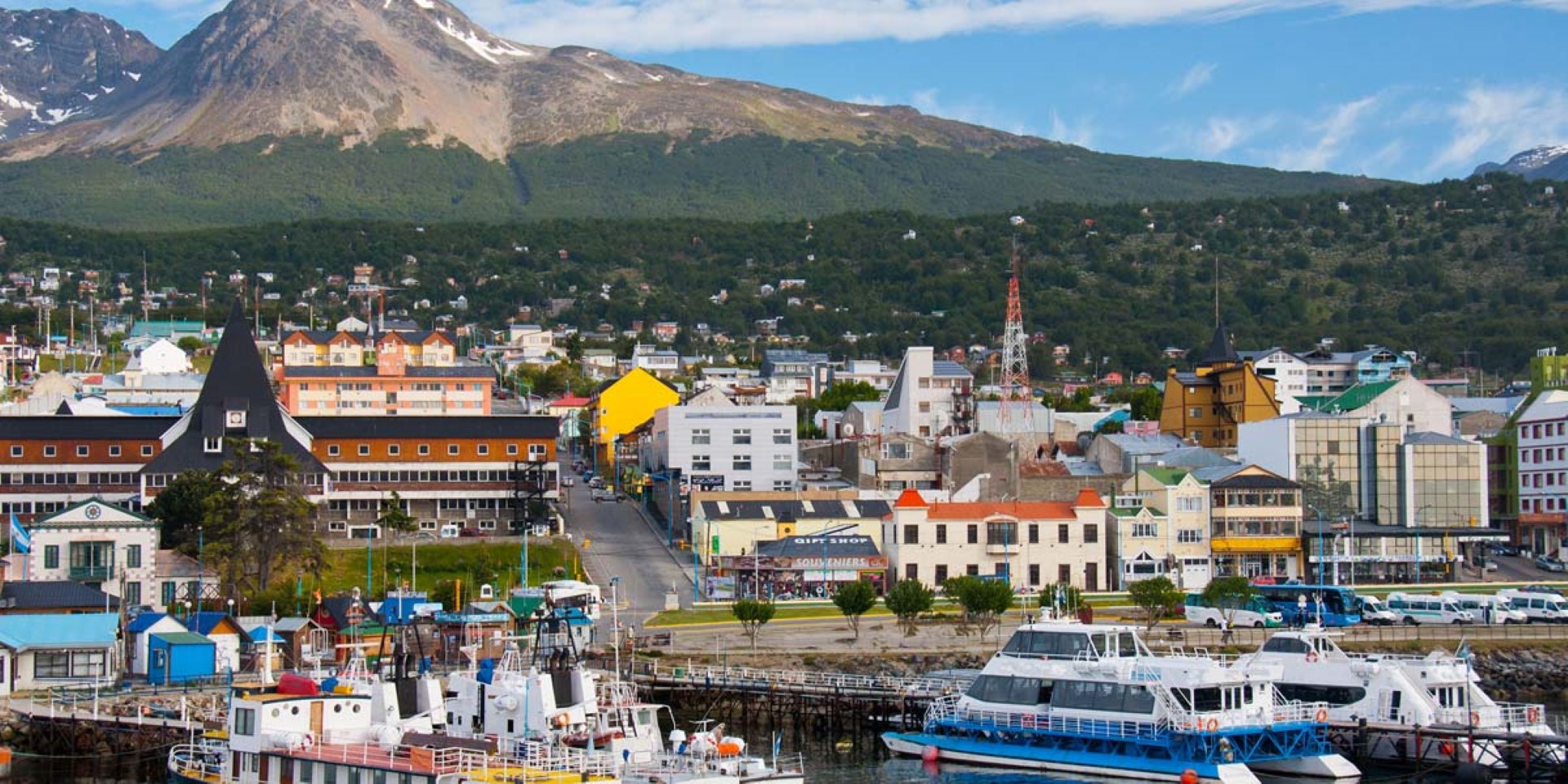 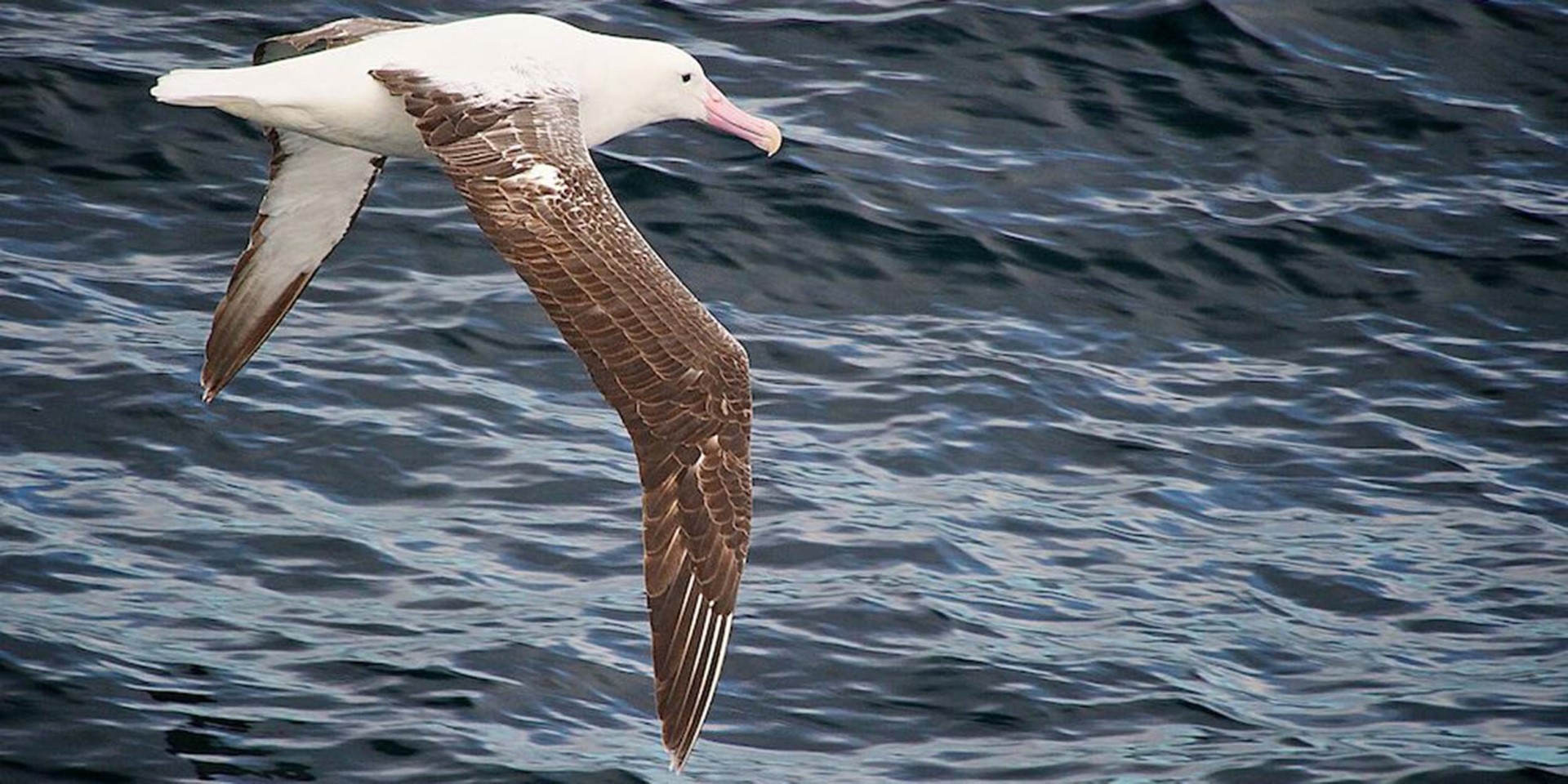 We will start our lecture series and prepare you for the experiences of Antarctica. The voyage from the Ushuaia at the southern tip of Argentina to the Antarctic Peninsula is roughly 600 miles or 40 hours of sailing time in good weather.

The Most Beautiful, Untouched Place on the Planet

Antarctica is different from anywhere else you will ever experience! As we approach, you will start feeling the air getting crisper and colder. You will begin to see Antarctic penguins in the water, and don’t forget to be on the lookout for the first iceberg. A highlight we might visit during our days in Antarctica is Deception Island, one of the South Shetland Islands. This is a distinctive ring-shaped volcanic caldera, and one of the few places in Antarctica where we can take our backpacks and hike. Being on an active volcano in Antarctica is a once-in-a-lifetime experience!

Other places we might visit are Half Moon Island, considered a jewel of diversity in the polar landscape; Hannah Point, with its rich wildlife; and the large Adélie colony at Paulet Island. It can be difficult to navigate through the Antarctic Sound due to ice, but it offers the most impressive manifestations of icebergs that we will see on this expedition. On Brown Bluff, Adélie and chinstrap penguins, kelp gulls, and cape petrels nest below spectacular cliffs that rise 2,500 feet out of the sea. The stony beach is suitable for shore landings outside of nesting season. We might sail through the narrow Errera Channel, to and from Cuverville Island, and see the icebergs that have become trapped and grounded in the nearby shallows. Danco Island lies peacefully among the icebergs in the Errera Channel, just a few hundred yards from the Antarctic mainland, and is a breeding site for gentoo penguins. Go ashore and explore with us, go kayaking to see the ice up close, or take an exhilarating trip on one of our small boats. Port Lockroy is a British base station from the Second World War that was turned into a museum in 1996. It is one of the most popular sites in Antarctica and offers a peek into life on an Antarctic base in the 1950s. Pleneau is situated just south of the Lemaire Channel and is a beautiful landing site only accessible later in the season, with many stranded icebergs in the bay area. When opportunities arise, we will launch our kayaks, pitch tents ashore, and take you on unforgettable hikes to explore the most beautiful, untouched places on the planet. 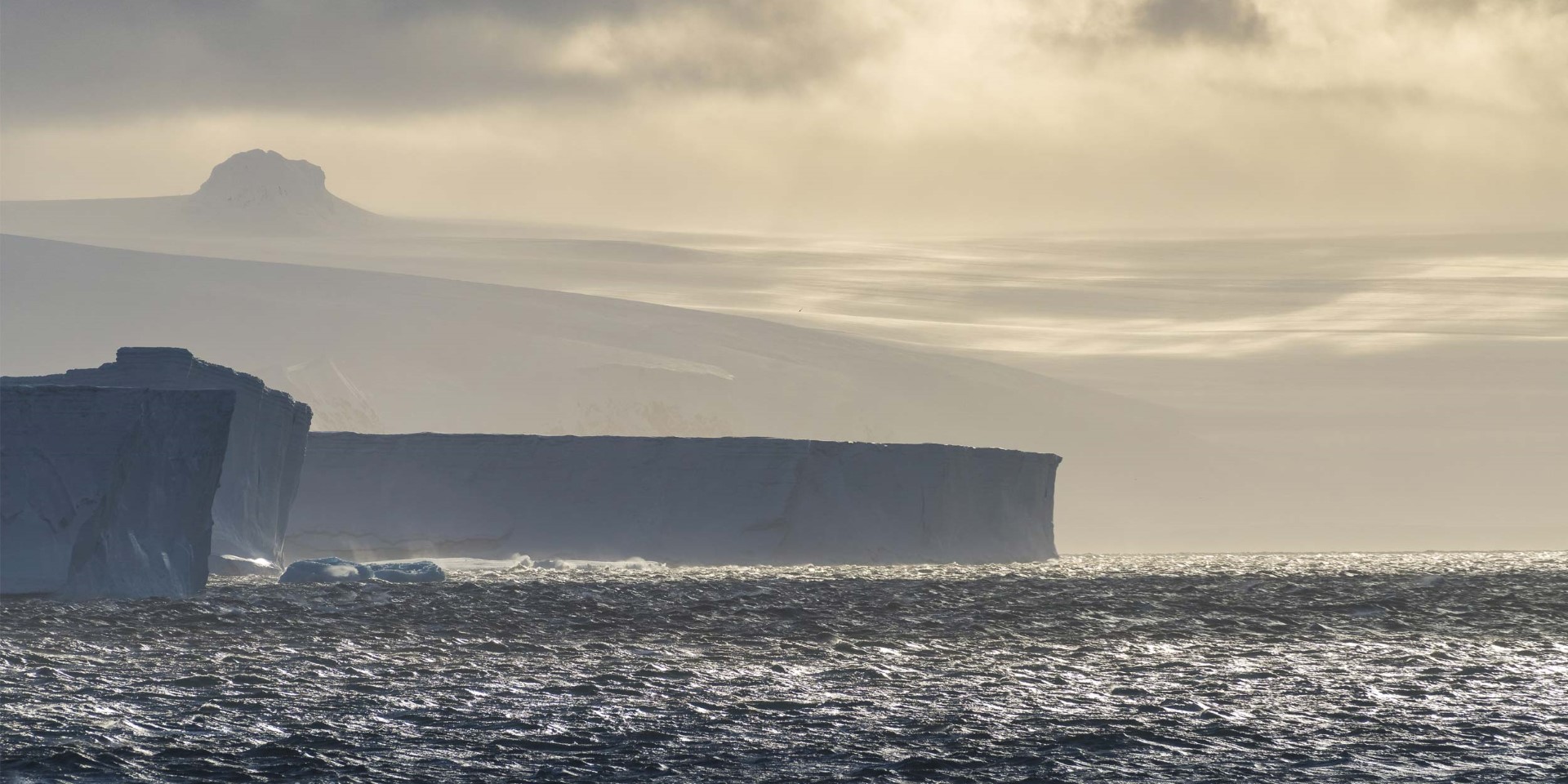 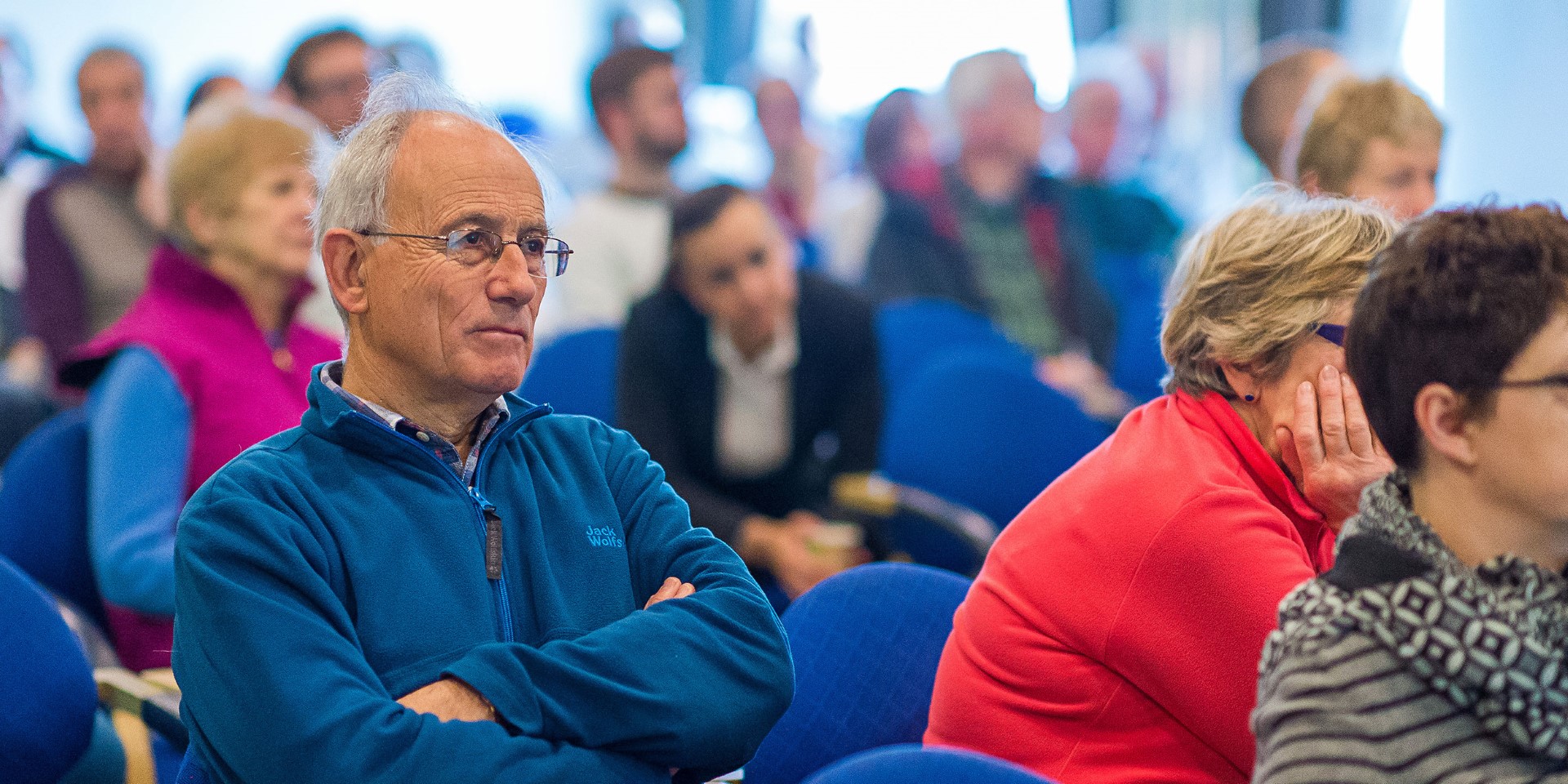 At seaWe spend two days cruising towards beautiful South Georgia. En route you can participate in a number of presentations about the area’s wildlife, as well as whaling and polar history. Our expedition team is well versed in every facet of South Georgia, from its geology and glaciology to the mating rituals of the sooty albatross and the legends of the Norwegian whalers. One of the fascinating stories that will be told is that of Sir Ernest Shackleton and the men of the ill-fated Endurance expedition, and their amazing feats of bravery.

The Serengeti of the Southern Ocean

Explore the unique beauty and wildlife of South Georgia. The rich history of exploration and whaling lends a great backdrop to South Georgia’s rugged scenery of glaciers and bustling wildlife. This area is known as the ‘Serengeti of the Southern Ocean,’ and is a favorite site for wildlife photographers. South Georgia’s unique position inside the Antarctic ecosystem — yet outside the limit of the yearly sea ice — makes it home to tens of millions of breeding penguins, seals, and seabirds.We plan to visit Fortuna Bay and some of South Georgia’s abandoned whaling stations. During our stay here, you will see elephant seals lounge on the sand, fur seal pups race in and out of the water, albatross soar overhead, and king penguins by the thousands. Enjoy the sight of hanging glaciers and cliffs, the lagoons, and a large king penguin colony. You will also see a whaling museum, the Norwegian seaman’s church, and the tiny graveyard where we can pay our respects to the great Antarctic explorer Sir Ernest Shackleton. South Georgia also offers some good hiking opportunities, and one of our favorites is walking the last part of the route that Shackleton took on his brave journey across the island’s rugged mountains to find help for the 22 men left on isolated Elephant Island. 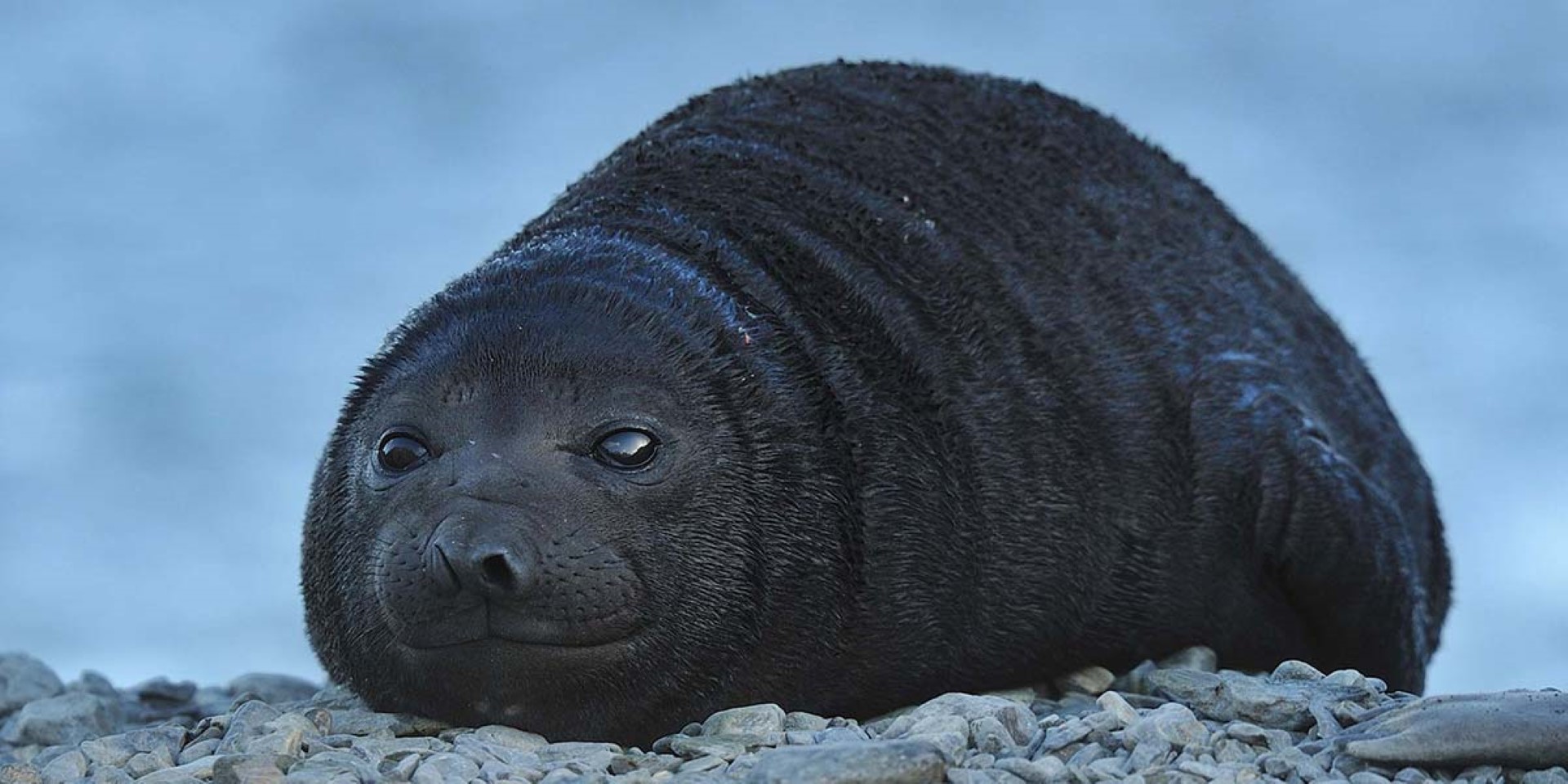 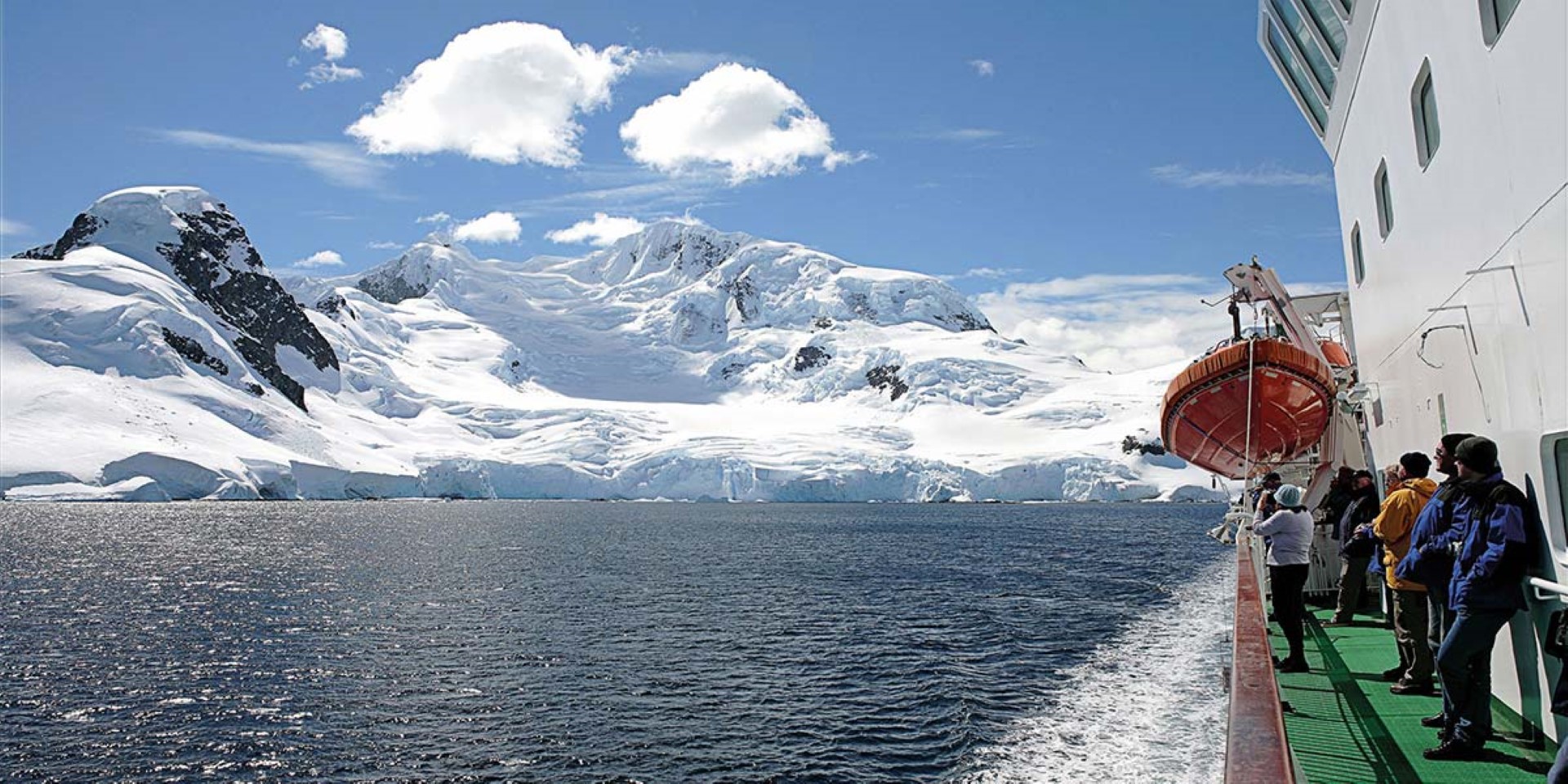 Across the Open Sea

We will cross the open sea on our way toward the Falkland Islands. Enjoy our lectures and keep an eye out for wildlife from deck.

Where Nature Is Still in Charge

The Falklands Islands are teeming with wonders of wildlife and nature, and offer fantastically clear blue skies, seamless horizons, vast open spaces, and stunning white-sand beaches. Here the sheep graze alongside immense colonies of albatross, as well as rockhopper and king penguins, while predatory striated caracaras patrol overhead and upland geese forage at the water’s edge. In the Falklands, penguins waddle close to take a look at us, then continue on their way, giving you some great photo opportunities! Stanley, the islands’ capital, makes a wonderful starting point for the various optional excursions we offer in the area. The town is easy enough to discover on foot, as most shops and services are clustered around the port. 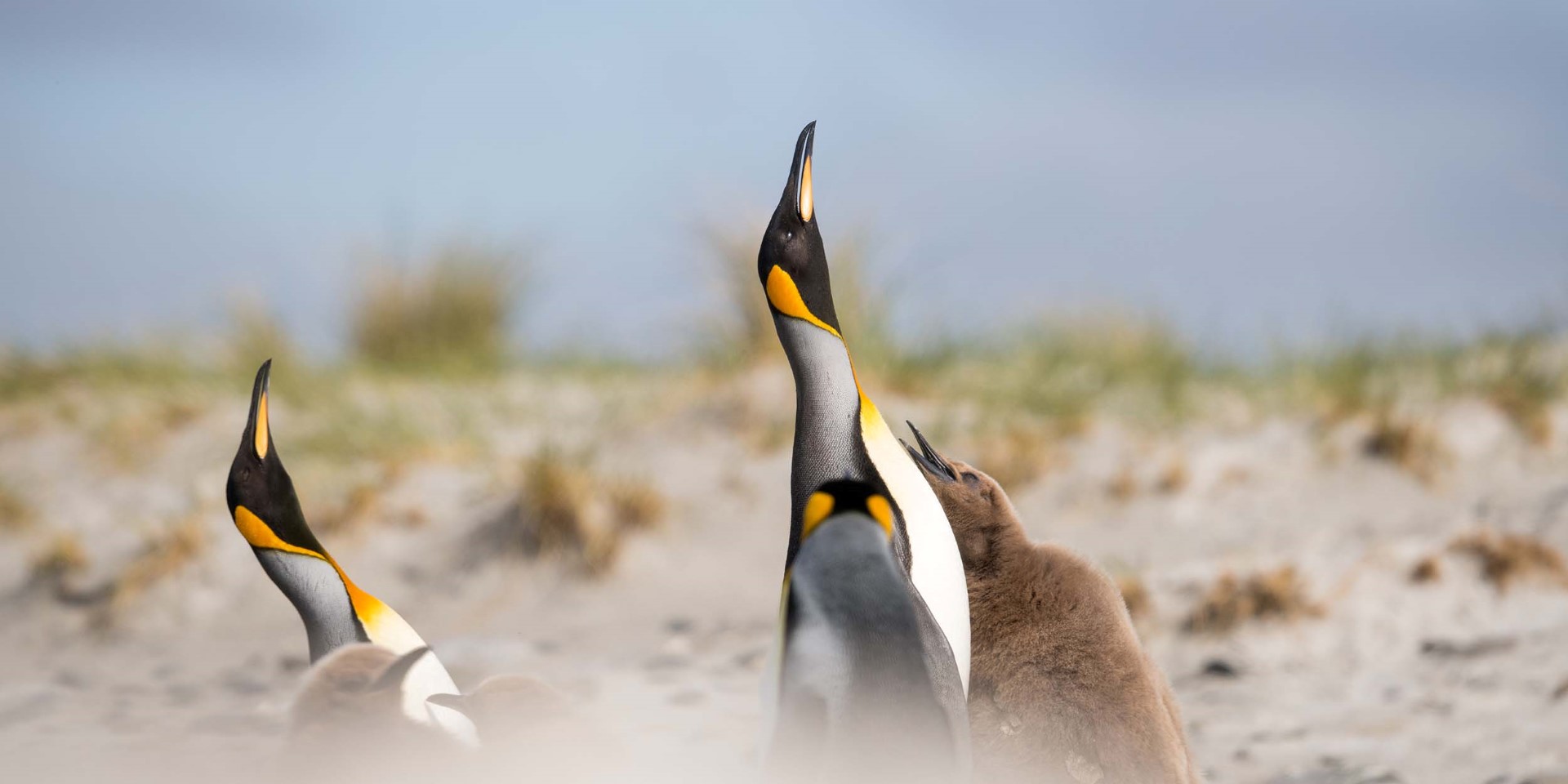 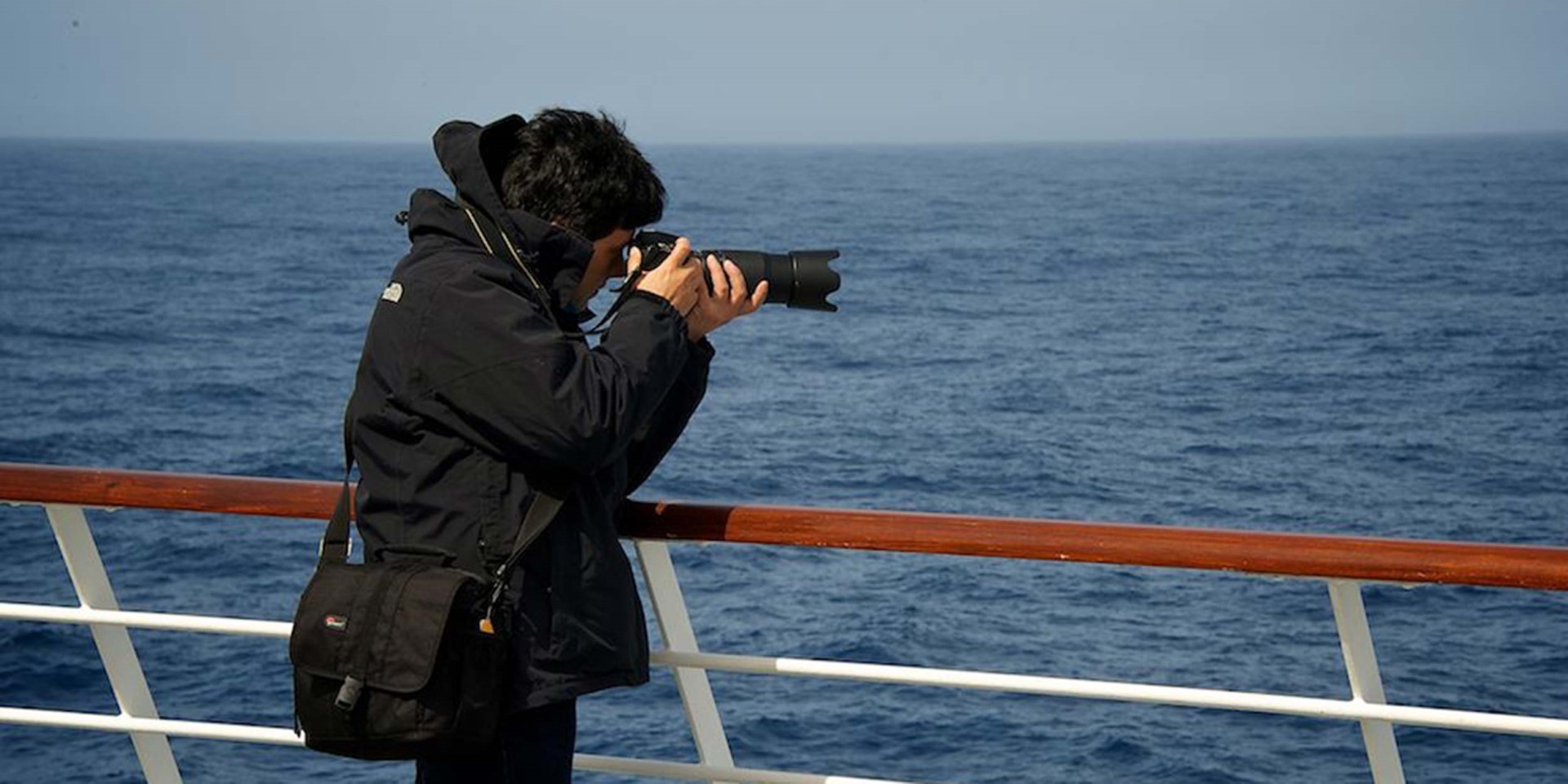 Days at sea are full of activities and educational opportunities hosted by our expedition team.

Montevideo boasts colorful cultural diversity, with a picturesque blend of Colonial Spanish, Italian, and Art Deco architectural styles. Long considered one of South America’s most interesting cities, you can visit the Ciudad Vieja (Old Town), with its 18th century buildings; the vibrant Mercado del Puerto; the bustling Avenida 18 de Julio, with its numerous theatres, museums and art galleries; and the stretch of white-sand beaches surrounding the city after disembarking. 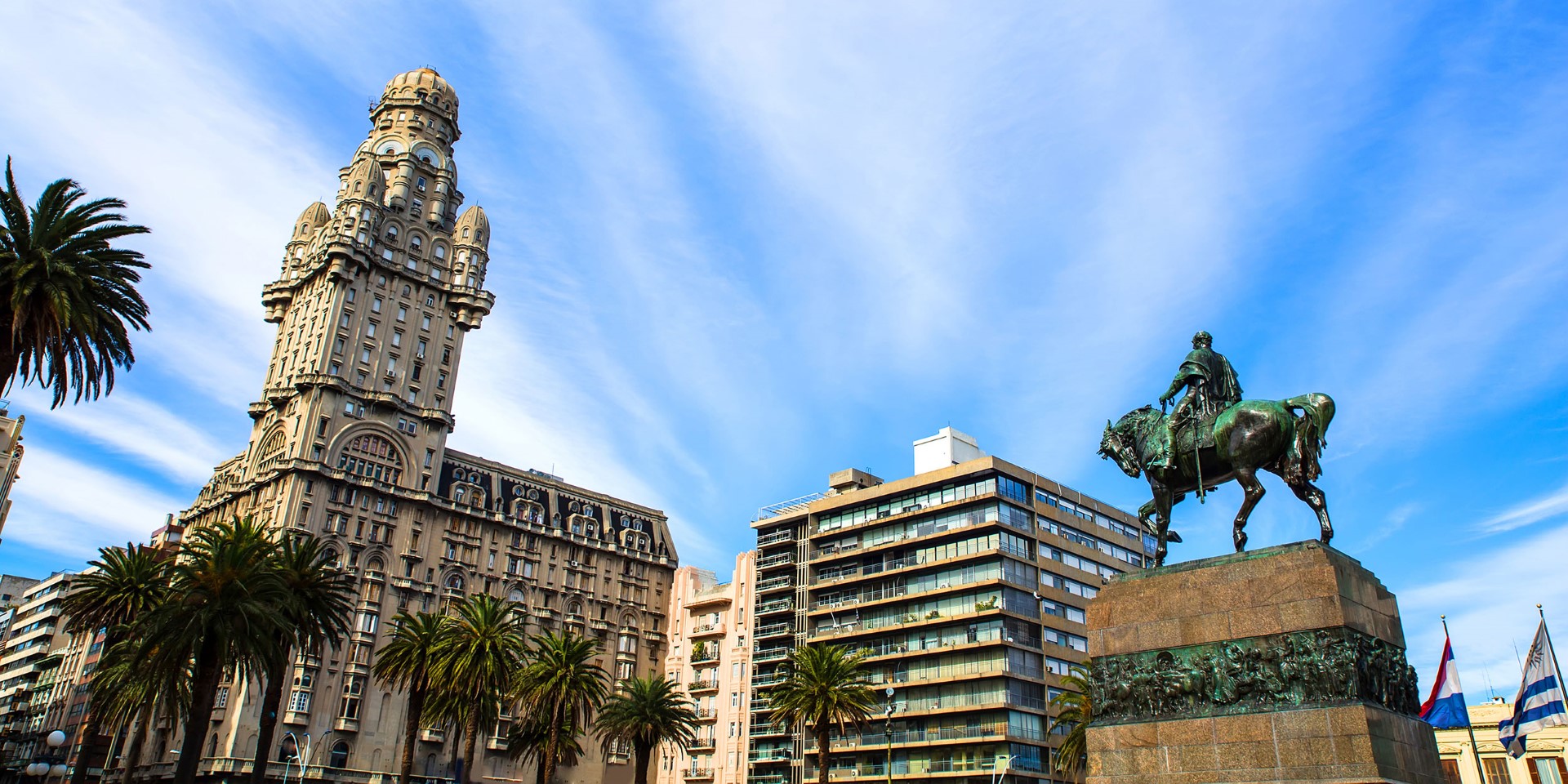 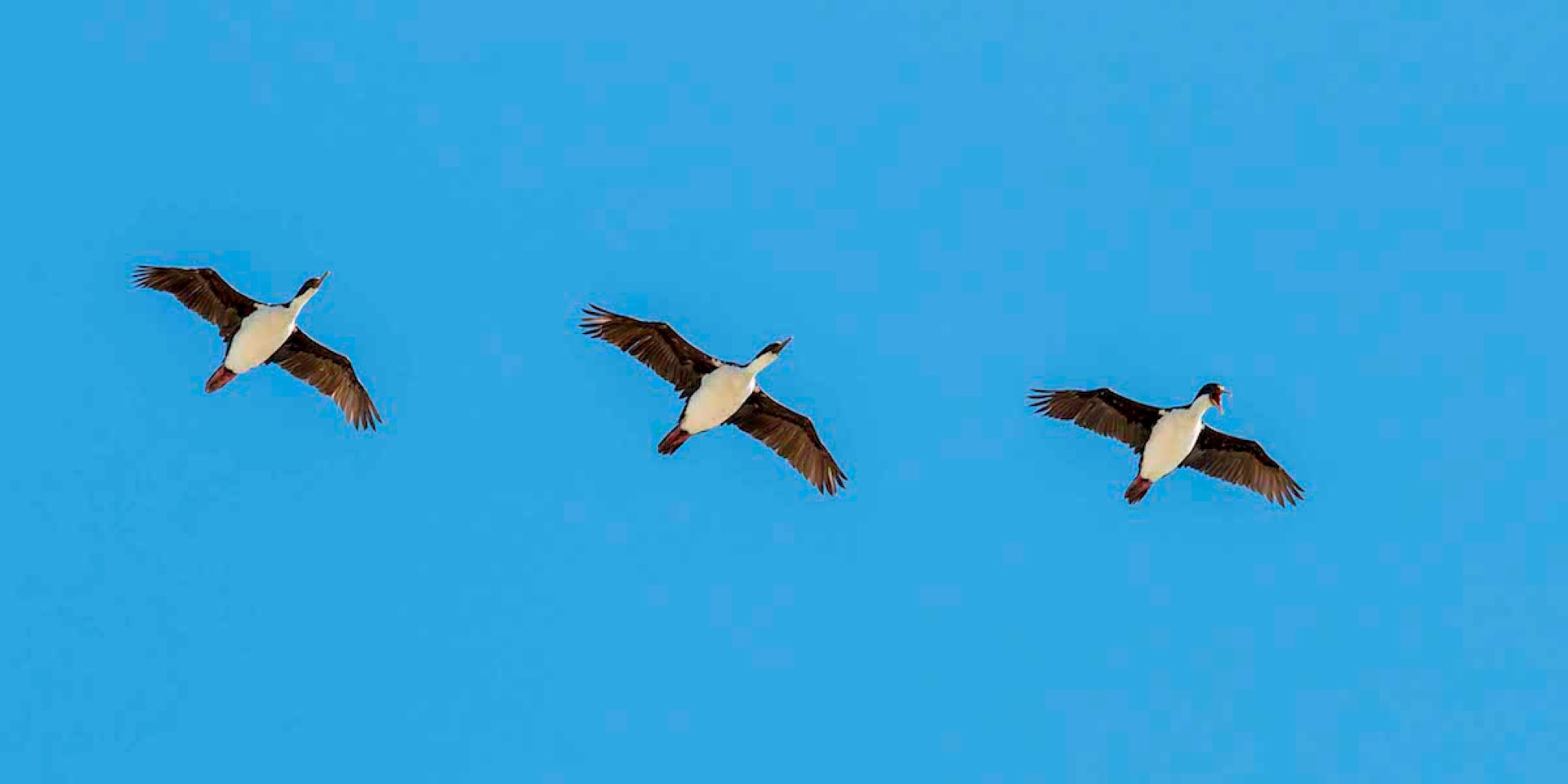 As we make our way along the Pacific coast to Valparaíso, we will recap the highlights of the expedition cruise and scan for wildlife.

The “Jewel of the Pacific”

Sadly, every expedition must come to an end.  And this expedition ends in the colorful and poetic city of Valparaíso. Take some time to explore this scenic metropolis before your flight home. 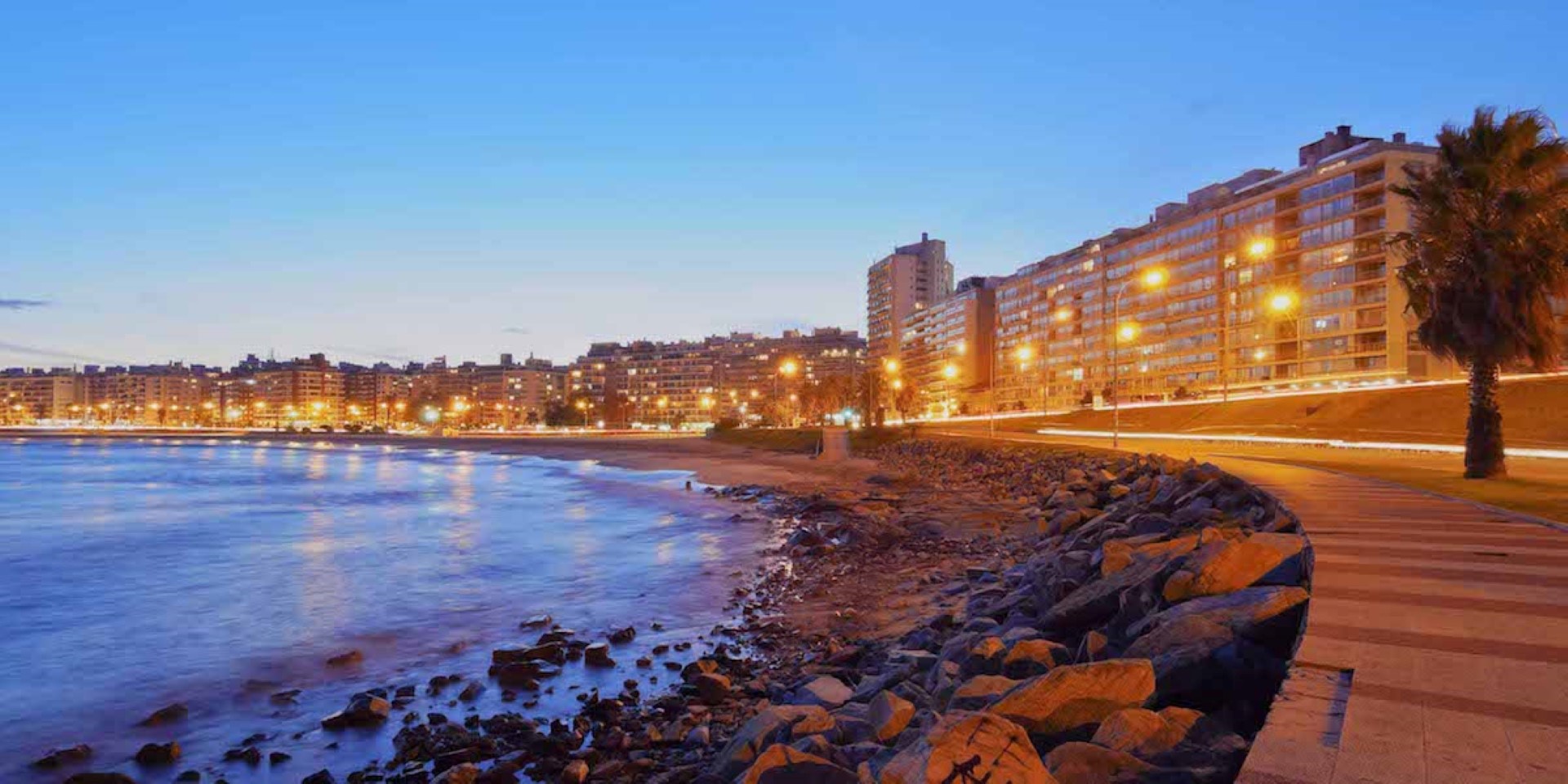 Not Included In Your Expedition