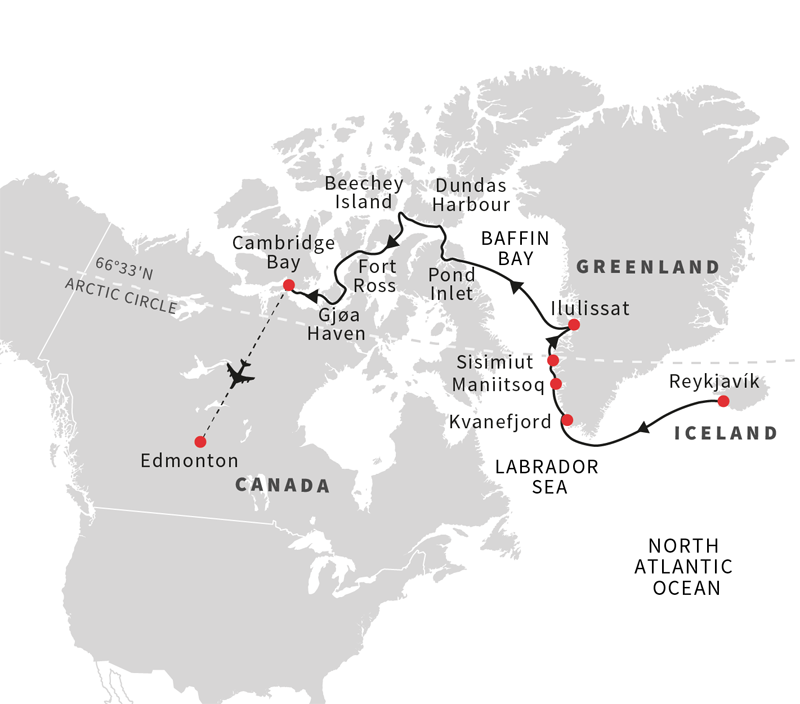 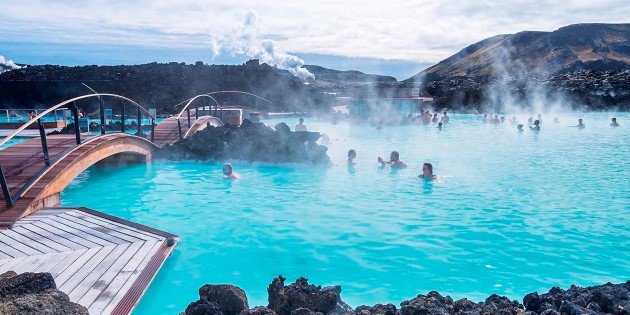 Reykjavik is the world’s northernmost capital city. Nordic settlers named the place Reykjavik (meaning “Smoky Bay”) after the columns of steam rising from area hot springs. The surroundings offer fantastic natural beauty with geysers, mountains, glaciers and geothermal baths that are well worth exploring before embarking on MS Fram.

We cross Denmark Strait, plied by Vikings to migrate from Iceland to South Greenland some 1,000 years ago. Use the days at sea preparing for your upcoming adventure. Enjoy lectures by the expedition team, explore our Science Center, relax with a book or get to know your fellow explorers. 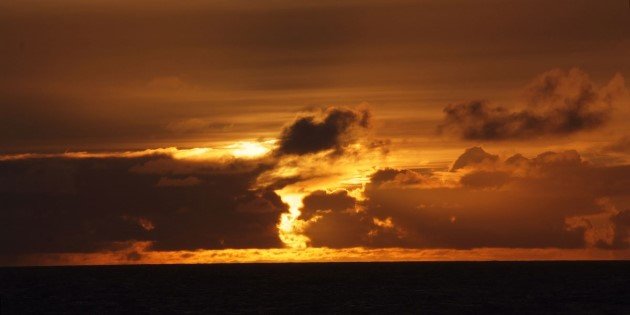 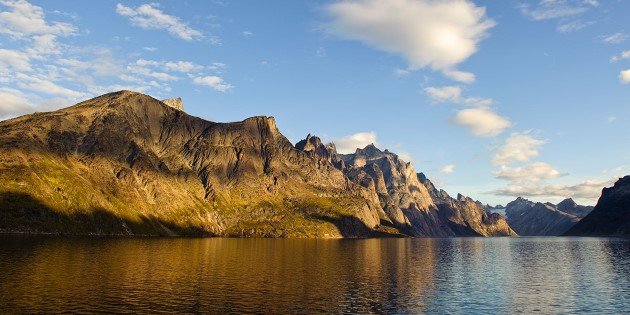 Prince Christian Sound separates Greenland from the Cape Farewell archipelago. If conditions allow, we will sail through this narrow channel and enjoy the spectacular scenery. The sound is around 60 miles long and very narrow. If the channel is blocked with ice, we will sail around Nunap Isua (Cape Farewell).

Kvanefjord is a 30 mile-long fjord on the west coast of Greenland. We will spend the day here exploring the amazing landscape. 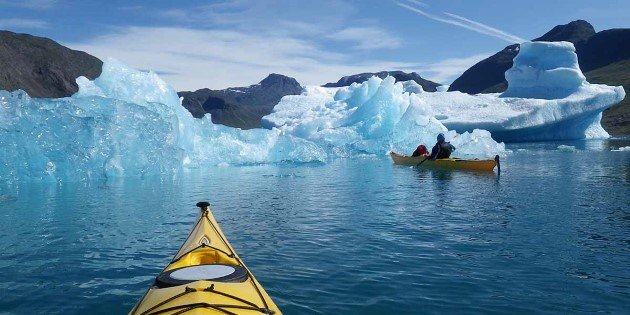 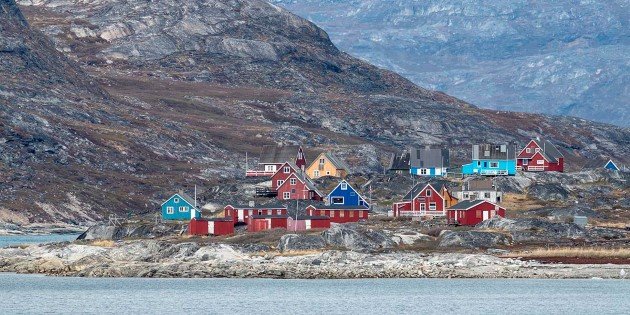 The Capital of Greenland

Nuuk is the oldest town in Greenland, founded in 1728. Nuuk, which means peninsula, is located at the mouth of one of the most spectacular fjord systems in the world. Today, Nuuk is where old and new traditions meet, from historic buildings in ”Kolonihaven” to sleek modern architecture.

Sisimiut is situated 25 miles north of the Arctic Circle and is a modern settlement that maintains ancient traditions. Come ashore and explore this colorful town. Visit the small museum, hike in the hills and shop for local handicrafts. 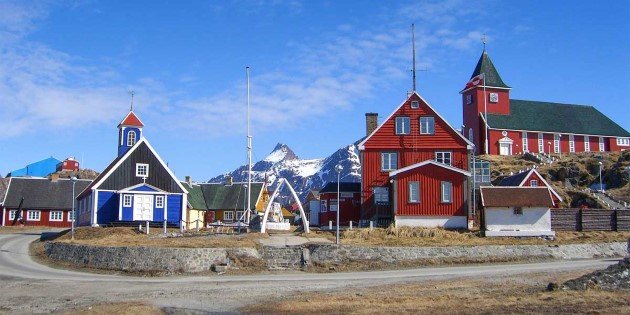 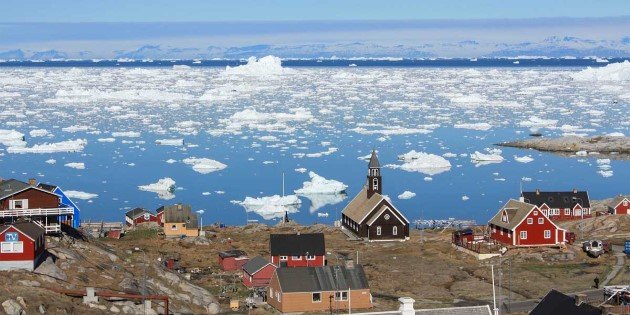 Ilulissat lies in the stunning setting of Ilulissat Icefjord, a UNESCO World Heritage site. Just outside town you can often see enormous icebergs from Jakobshavn Glacier, one of the most productive glaciers in the Northern Hemisphere. The icebergs make their way down the 12-mile-long fjord before entering Disko Bay.

Davis Strait is named for English explorer John Davis, who led expeditions searching for the Northwest Passage between 1585 and 1587. He was the first to draw USDope’s attention to the region’s seal hunting and whaling possibilities and that the Newfoundland cod fisheries extended this far north. 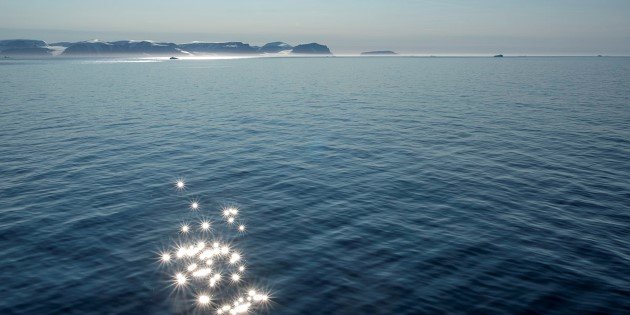 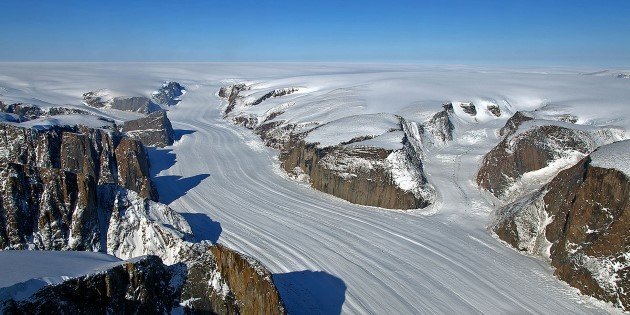 Sam Ford Fjord is on the east coast of Baffin Island. The fjord is known for its magnificent glaciers and granite cliffs rising steeply from the shoreline to heights reaching 5,000 ft above sea level.

Next, we intend to head into the heart of the historic Northwest Passage. The first recorded voyage here was led by John Cabot in 1497. The most famous journeys were James Cook’s failed attempt to sail the passage in 1776, and the ill-fated Franklin expedition of 1845. The first to conquer the passage by ship was Norwegian Roald Amundsen on an expedition from 1903 to 1906.
The ice varies from year to year. We hope to be able to show you some of the following places:
Pond Inlet, called “Mittimatalik” in Inuktitut, is a traditional Inuit community surrounded by mountains, glaciers, fjords, ice caves, geological hoodoos and drifting icebergs.
Dundas Harbour is an abandoned settlement with an old Royal Canadian Mounted Police camp and several archaeological sites. Come ashore to see the ruins of some of these buildings, along with an impressive Thule site.
Radstock Bay is dominated by the striking rock of Caswell Tower. The shoreline here is ideal for walking to a pre-historic Inuit site. Caswell Tower itself features a challenging hike to the summit for great views.
Beechey Island is known for the ill-fated Franklin expedition. Two ships sailed into the passage in 1845, but neither were ever seen again. It is known that the Franklin Expedition overwintered on Beechey Island in 1845-1846.
Fort Ross is a trading post established in 1937. There are two small huts ashore that are maintained by the Canadian Coast Guard.
Gjøa Haven, which honors the Norwegian explorer Roald Amundsen, who wintered here in 1903/04 and 1904/05. He learned a lot from about survival and travel in polar regions from the local Netsilik Inuit people.
Throughout our journey, we will sail in amazing waters with unique nature and hopefully enough ice to spot exciting wildlife like polar bears. 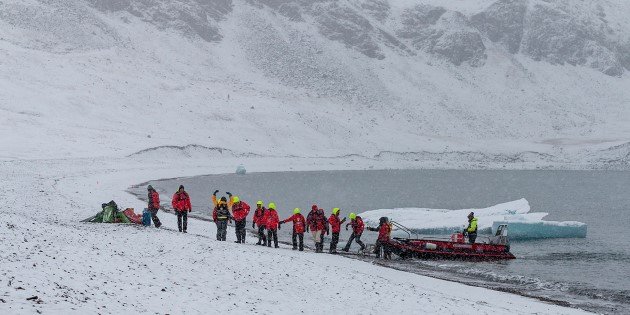 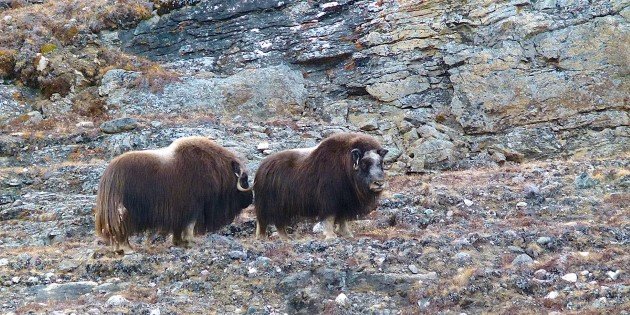 In Inuinnaqtun, Cambridge Bay is called “Iqaluktuuttiaq,” meaning a “good fishing place.” It is known for the giant char caught nearby. Local wildlife is abundant and includes seals, geese, muskoxen and caribou. Our expedition ends here, and you will be transferred to the airport for your flight to Edmonton.

Enjoy the exciting city of Edmonton before your flight home or extend your stay with one of our post-cruise Land Adventures. 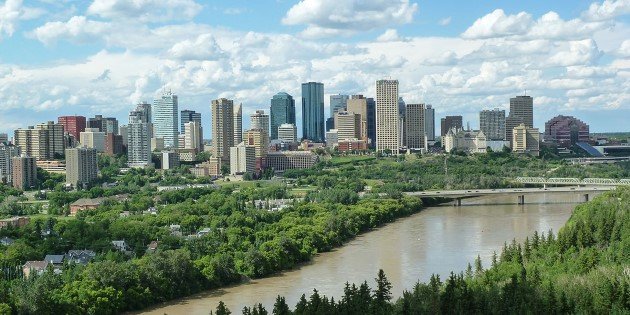 INCLUDED IN YOUR EXPEDITION:

USD $29474 USD $21224
Be among the few to sail in the wake of great explorers as we attempt to journey through the legendary Northwest Passage.
26 Days
NORTHWEST PASSAGE

USD $18261
Be among the few to sail in the wake of great explorers as we attempt to cruise through the legendary Northwest Passage.
19 Days
NORTHWEST PASSAGE

The Ultimate Expedition from Nome to Halifax

USD $26999 USD $25138
Be among the few to sail in the wake of great explorers as we attempt to journey through the legendary Northwest Passage.
29 Days
NORTHWEST PASSAGE