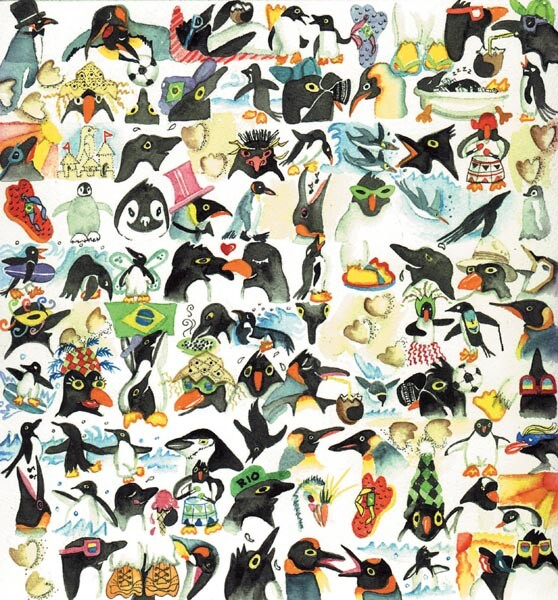 Of the 17 worldwide species of penguins, Antarctica can claim only four.

By far the most common is the chinstrap penguin, which owes its name to the narrow black band under its head. The second-most populated is the Adélie penguin, numbering approximately 2.3 million pairs in Antarctica. Other penguin species on the continent include the emperor penguin and the Gentoo penguin. There are three other species that live and nest on the Antarctic and sub-Antarctic islands: the macaroni penguin, the rockhopper penguin, and the king.

Colonies of penguins can be spotted in various locations throughout your Antarctic expedition. Adelie penguins are much easier to spot from spring to autumn – during winter, they spend most of their time in the water along the coast.There are plenty of macaroni penguins around – in fact, there is reason to believe they are the most abundant penguin species. King penguins are found much further north than emperor penguins, and they only spend part of the year on Antarctica itself.

You’ll want to travel early in the season, October and November, to see penguins mating or chicks hatching. The ice begins to break up in December, Antarctic summer, just when young penguins are ready to swim and fish on their own.

No matter your encounter with these subcontinent dwellers, you are sure to come home with memories that will last a lifetime.