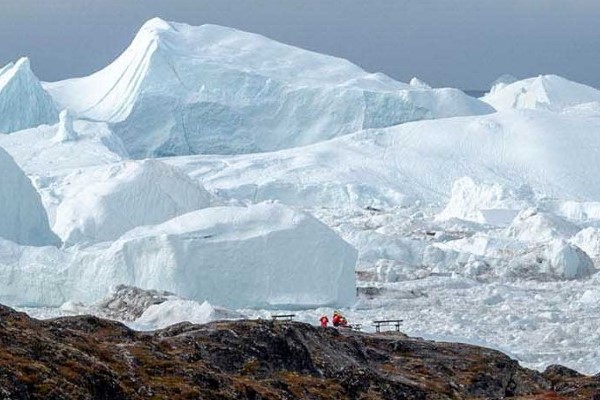 Join us on a thrilling expedition cruise as we attempt to cross the legendary Northwest Passage and explore the stunning landscapes and wildlife of southern Greenland.

From the heart of the Northwest Passage
Start off by exploring lively Edmonton before flying to Cambridge Bay, where our sea expedition into the Northwest Passage begins. Over the next seven days, we’ll explore the islands that dot this famously challenging territory, which is only navigable a few weeks of the year. Exactly what we’ll see and do depends on the sea ice and weather conditions.

As we sail, you’ll pass spectacular ice cliffs and ice sculpted by the elements. Your Expedition Leader will pick locations to guide you on small-boat (RIB) cruising and escorted landings where possible. These might include Gjoa Haven, Fort Ross, Beechey Island, Radstock Bay, Dundas Harbour, and Pond Inlet, where we’ll visit Thule and Inuit settlements and historic trading posts.
Greenland: the world’s largest island
If all goes to plan, we’ll exit the Northwest Passage and cross Baffin Bay toward Greenland. Spend four days discovering its nature, history, and wildlife, including the stunning UNESCO-listed Ilulissat Icefjord and its capital, Nuuk. We’ll continue toward Newfoundland and Labrador, where you’ll visit the UNESCO-listed former Basque whaling station in Red Bay and the charming city of Corner Brook. Our memorable expedition ends in the historic city of Halifax, capital of Nova Scotia.

Even if we can’t make a full transit of the Northwest Passage due to sea ice, you’ll still experience the raw beauty of the High Arctic and watch for amazing for wildlife, such as the Arctic’s apex predator: the mighty polar bear. 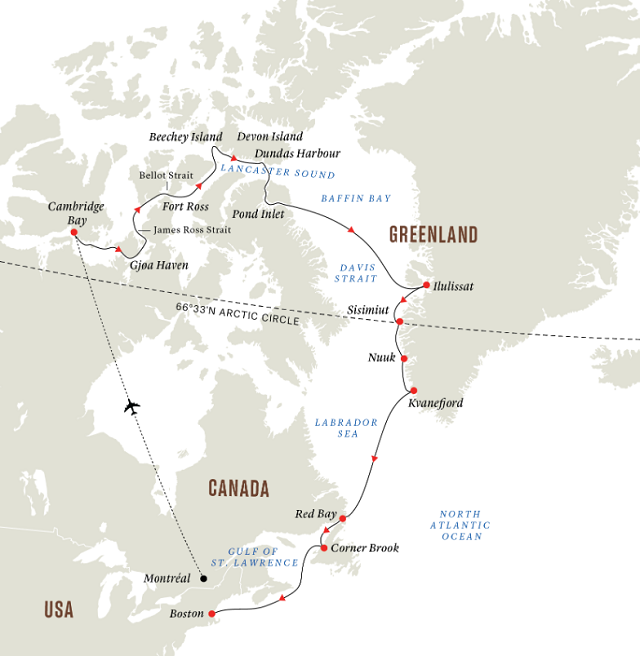 Discover the Northwest Passage The Northwest Passage is a series of waterways that connects the Atlantic and Pacific Oceans, via the Arctic Ocean, along the northern coast of North America. Why travel to the Northwest Passage For centuries, attempts were made to cross the passage in order to find a shorter route between Europe and Asia. None were successful and many lives were lost until Norwegian Roald Amundsen finally succeeded in 1906. The Northwest Passage is still inaccessible for most of the year, and only a few expedition companies offer a full Northwest Passage crossing attempt in the summer. Traveling through the Northwest Passage is only for the most adventurous explorers and offers a unique experience. Here, across the roof of North America, you can experience the raw beauty of nature. The Northwest Passage is known for its largely untouched landscape, which forms pristine habitats for a wide array of wildlife both on land and in the water. Best time to visit The Northwest Passage is only accessible by ship between July and September. This is the only time of the year the ice has reduced enough to allow a crossing attempt. July and August are also the peak months to spot wildlife. For example, polar bears are particularly active, hunting whales and seals along the floating sea ice. The summer days are long, which help maximize our chances of wildlife sightings. What to Expect If you decide to go, you’ll find a magical unspoiled world in the High Arctic, with beautiful scenery, glaciers, and an icy landscape. You might see majestic polar bears out hunting, different species of whale breaching, walrus relaxing by the shore, and a variety of birds. Remember that these are natural Arctic habitats, so we can’t guarantee that certain animals will appear during your expedition. You will experience both the modern life of the Inuit population and their communities, culture, and life, and learn more about the history of the region.

Please Note: The Sep 2, 2022 voyage begins at Edmonton, Canada whereas the Aug 30, 2023 voyage begins at Montreal, Canada. Day 1 Canada’s Festival City
Edmonton
Big things are happening in Edmonton, the first destination on your expedition cruise. Alberta’s capital has always been a dependable hub for business and government, but Forbes magazine recently called it “one of Canada’s hottest destinations”. If you have arranged to arrive early, you’ll find out why. The city is lively and colorful, with all the features of a modern metropolis: a thriving food scene, craft breweries and distilleries, independent shopping boutiques, and a cutting-edge arts scene. It is also home to the fifth-largest shopping center in the world, the West Edmonton Mall. We highly recommend arriving a few days early to join a Pre-Program to Elk Island National Park, where you can sample the vast wilderness at Edmonton’s doorstep. Just 35 minutes away, it is possible to see free-roaming bison grazing in a meadow in the national park or standing in the middle of the road.
Montreal
Your adventure starts in Montréal, the largest city in the beautiful province of Québec, and the second most populous city in Canada. Occupying the Island of Montréal and its surroundings, the city is a hub for Canadian history and culture with a modern cosmopolitan feel, infused with both French and British influences. If you arrive a few days ahead of your cruise, you'll find plenty to see and do in this lively city.

Discover shopping, cuisine, and culture in the city's exciting downtown area, marvel at Notre-Dame Basilica while exploring the historic streets of Old Montréal, or find a kaleidoscope of color and quirks in the city's buzzing Plateau district. Montréal is also famous for its year-round festive atmosphere, thanks to a calendar full of events.

For those looking to satisfy their inner foodie, Montréal is one of the finest cities in Canada for its diverse food markets, range of restaurants, and charming café culture. Make sure to treat yourself to local delicacies, including smoked meats, freshly baked bagels, and maple candy, washed down with a beer from one of the many craft breweries in the city.

Add some extra time and join our optional half-day Montréal Sightseeing & Savoir-Vivre Tour. You'll see how culturally diverse the city really is, and visit the landmarks that make it such a unique place. We'll also stop to pick up some of Montréal's famous bagels, and swing by Little Italy to enjoy a tasting of local produce at the popular Jean-Talon market.

Enjoy all that Montréal has to offer before heading out the next morning to the airport to fly north to Cambridge Bay where your adventure aboard the MS Fram will begin.

MS Fram is purpose built as an expedition vessel with a higher ice-class, chart drawing tools, ship depth sounding database, extractable forward sounding sonar, iceberg search lights, autonomous tracking system, oversized oil retention system for self-sufficiency, and a full 'expedition tools-deck' equivalent to a car-deck that holds 25 vehicles. We believe that as an explorer you need an 'expedition base-camp' that is comfortable - something that combines 'all oceans capabilities' with safety, flexibility and environmental friendliness. That's Fram - simply the best expedition ship imaginable. 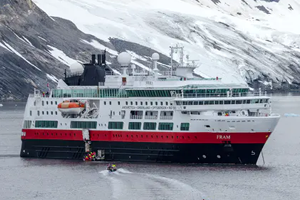