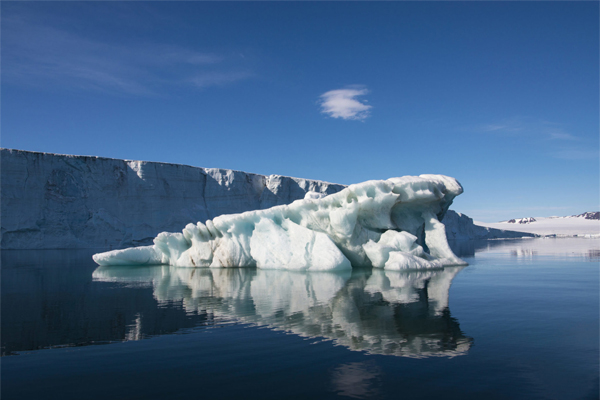 The icy and labyrinthine channels of the legendary Northwest Passage have enchanted explorers and adventurers for centuries. Get a glimpse into the world that captivated early explorers such as Franklin, Amundsen and Larsen by exploring a portion of the fabled Northwest Passage. Visit the final resting places of some of the heroic explorers to have ventured here and experience the archipelago of islands and channels that form Canada's High Arctic region. Along the way, we hope to meet local indigenous people who call this remote wilderness home, and encounter enigmatic Arctic wildlife, including walrus, beluga whale, polar bear, musk ox and the elusive narwhal. Pack ice always threatens to halt our voyage through the passage, adding a compelling element of adventure that is integral to any genuine expedition. 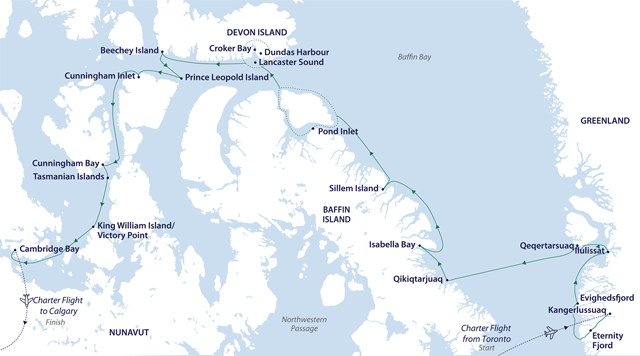 Due to sail in October 2021 our new ship honours the highly accomplished marine biologist, oceanographer and explorer, Sylvia Earle. As the first female chief scientist of the U.S. National Oceanic and Atmospheric Administration, and named by Time Magazine as its first Hero for the Planet in 1998 - this vessel pays tribute to Sylvia's long standing conservation efforts for marine protected areas and ocean wildlife. Sylvia Earle will be actively involved in the development of her namesake. 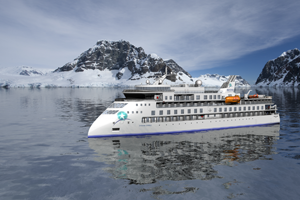